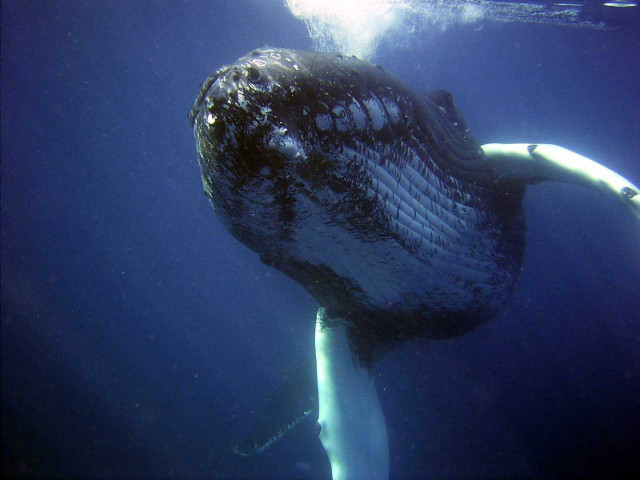 Often considered desolate, remote, unalterable places, the high seas are, in fact, hotbeds of activity for both people and wildlife. Technology has enabled more human activity in areas once difficult to reach, and that in turn has brought a growing presence of industries such as fishing, mining and transportation in international waters — the ocean beyond 200 nautical miles from any coast.

This increase is cause for concern to people like UC Santa Barbara researchers Douglas McCauley, Morgan Visalli and Benjamin Best, who are interested in the health and biodiversity of the oceans. That no nation has jurisdiction over international waters has, at least historically, made regulation very difficult and puts sensitive and essential ocean habitats and resources at risk.

“The high seas are the planet’s last global commons,” said Visalli, a marine scientist at the Benioff Ocean Initiative at UC Santa Barbara. “Yet marine life and resources on the high seas are at risk of being overexploited and degraded under the current fragmented framework of management. The world needs and deserves a comprehensive legal mechanism to protect high seas biodiversity now and into the future.”