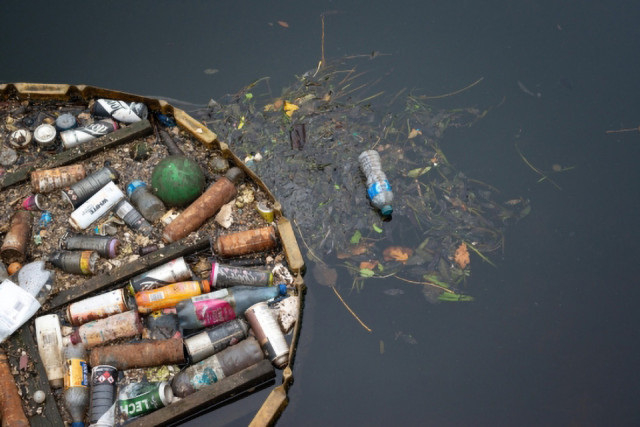 Nine river clean-up programs across the world have been selected to receive a total of $11 million over the next three years as part of a unique partnership between The Coca-Cola Foundation and the Benioff Ocean Initiative at UC Santa Barbara’s Marine Science Institute.

The partnership combines The Coca-Cola Foundation’s commitment to support behavioral change projects regarding recycling and the Benioff Ocean Initiative’s expertise in developing innovative ways to collect and analyze waste from our rivers and oceans and address the plastic crisis.

“UC Santa Barbara researchers, including Professor Douglas McCauley and his team, are leaders in advancing scientific research on plastic debris in the environment. Now we are advancing such scientific research to address the growing problem of plastic waste including reducing the flow of plastics from rivers to oceans,” said Chancellor Henry T. Yang. “We are most grateful to The Coca-Cola Foundation for their vital support; their partnership with our campus and the Benioff Ocean Initiative will positively impact communities in each of the project regions and serve as a collaborative model to mitigate plastics pollution globally.”

“The Coca-Cola Foundation is delighted to partner with the Benioff Ocean Initiative and co-fund nine river clean-up programs,” said Helen Smith Price, president of The Coca-Cola Foundation. “This is an important global partnership for a truly global challenge – cleaning up some of the world’s most polluted rivers and identifying new ways to prevent plastic waste entering our rivers and oceans.

“The World Without Waste strategy of The Coca-Cola Company and The Foundation’s focus on recycling and behavioral-change projects highlight the need for greater collaboration between business, governments, charitable organizations, researchers and NGOs to make this happen,” she added. “We believe projects such as these nine river clean-up programs are a real and effective means of working together to deliver real change around the world.”

“Scientists have made great strides in identifying how important rivers are in carrying plastic waste to the ocean,” remarked Douglas McCauley, a professor at UC Santa Barbara and director of the Benioff Ocean Initiative. “We are so thrilled to now use this research to strategically mount an intervention to this global problem.”

The Marea Verde project to clean up the Matias Hernandez River in Panama is the first to be awarded funding, in recognition of its innovative application of cutting-edge technology, creative and comprehensive outreach strategy, and strong interdisciplinary leadership team.

“Panama contributes to marine trash with an estimated 100,000 plus tons per year,” said Mirei Endara, co-founder of Marea Verde. “Since October 2017, we have manually captured and prevented over 1,100 tons of trash from reaching the ocean just from the Matias Hernandez watershed and river mouth. From the characterization pilots carried out in our river site, we know that over 55% of this trash is plastics.

“With this funding,” Endara continued, “we will be able to integrate technology and artificial intelligence into our project, which will help us be more effective in collecting trash at our river site, generate pertinent data and develop the capacity to work with communities in this watershed. Our ultimate goal is to provide best practices that may be replicated in other watersheds in Panama and the world, in an effort to positively impact the river plastic challenge.”

Eight other programs — in Vietnam, India, Indonesia, Ecuador, Mexico, Thailand, Jamaica and Kenya — are also being finalized for funding. Details of these, including the specific rivers and locations, will be announced in the future. Each project will both clean up the target polluted river and use data about the captured waste to change behavior in people, local communities and businesses.

The programs were selected through a competitive process in which applicants were invited to submit ideas for pilot projects to capture river plastics. Each proposal was required to describe how the data collected by the river plastic waste capture system could be used to inspire broader action on plastic pollution.

Benioff Ocean Initiative will oversee on-the-ground delivery of each river clean-up program, working closely with local partners. Collected plastic waste will not only be recycled or repurposed where possible, but the information gathered from each program will also be shared broadly, so that others can apply learnings to future projects.

“We are definitely excited about getting this plastic waste out of our rivers and oceans,” McCauley said. “But we are also excited to turn this plastic waste into data that can help us turn off the tap of this waste in the first place.”

Conversations about initiating a river plastics interception project began with a research symposium held at UC Santa Barbara in 2018. The event brought together world experts in hydrology, industrial ecology, watershed governance and riverine engineering, as well as thought leaders from non-governmental organizations and the private industry. The collaboration between The Coca-Cola Foundation and Benioff Ocean Initiative emerged as a result of those discussions.

Benioff Ocean Initiative, based at UC Santa Barbara’s Marine Science Institute, merges science and technology to improve ocean health. The initiative was brought to life in 2016 through a $10 million gift from Marc and Lynne Benioff to promote science-based ocean problem solving at UC Santa Barbara.

The Coca-Cola Foundation is the global philanthropic arm of The Coca-Cola Company. Since its inception in 1984, The Foundation has awarded more than $1 billion in grants to support sustainable community initiatives around the world.