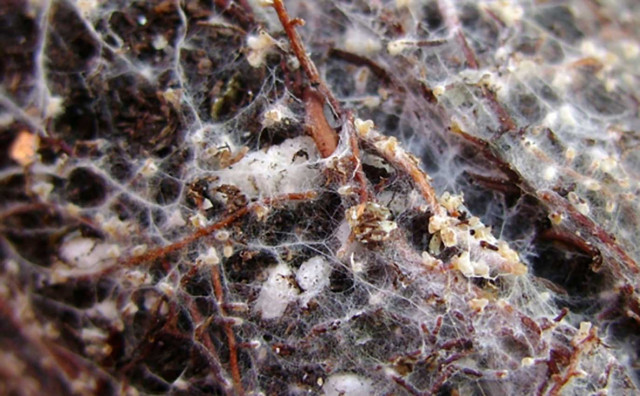 “Happy families are all alike; each unhappy family is unhappy in its own way.” So goes the first line of Leo Tolstoy’s “Anna Karenina.” Little did the Russian novelist know his famous opening line would one day be used to describe microbial communities, their health and their relationships to their hosts.

"It's this idea that an unhealthy or stressed host to a microbiome has a more diverse microbiome than its healthy counterpart," said UC Santa Barbara ecologist An Bui, a graduate student researcher in the lab of theoretical ecologist Holly Moeller. The diversity, she said, is a response to variable conditions that may in turn indicate an unstable or stressed environment. "Healthy hosts are probably going to have very similar microbiomes," she said, "while unhealthy hosts are different in their own ways."

Bui and colleagues recently put the Anna Karenina hypothesis to the test in California’s Tehachapi mountains as they sought to understand how climate change might affect fungal communities in woodland soil in a future California.

“Fungi are really important for woodland systems,” said Bui, the lead author of a study that appears in the journal FEMS Microbiology Ecology. “But we don’t necessarily know how they will change with climate change.”

As the global average temperature rises, forests and woodlands around the world are under increasing threat, she explained 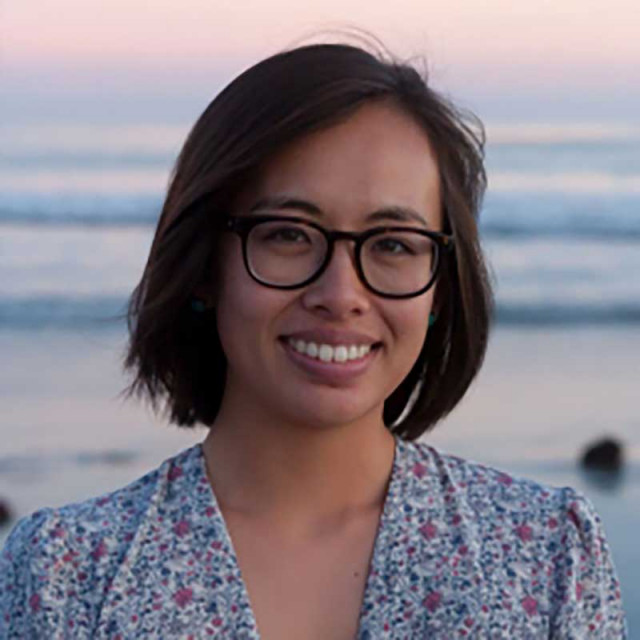 “It’s not just about temperature and rainfall, but also the organisms the trees and plants associate with,” she said. Soil fungi have a variety of relationships with woodland plants. Saprotrophic fungi, for instance, decompose dead organic matter, while pathotrophs eat live organic matter.

And then there are the symbiotrophs, which engage in mutually beneficial relationships with their plant hosts via their roots. Attaching to roots and extending threadlike hyphae in every direction underground — the so-called “Wood Wide Web” — mycorrhizae give the woodland tree and plant community access to nutrients from faraway places.

“They get all of their energy in an exchange for carbon from trees and other plants,” Bui said. “And then they give their hosts nitrogen and phosphorus from the soil.” These fungi provide almost half of a tree’s organic nitrogen budget, according to the study, and contribute the bulk of new carbon into the soil.

To get a sense of how warming could affect California’s woodland soil fungal community, the team sampled soils at sites along an arid (dry) to mesic (moderately moist) climactic gradient at the Tejon Ranch in the Tehachapi mountains.

“The sites we worked at were a proxy for what we think California would look like with future climate change,” Bui said. As one ascends from the warmer, drier base of the mountains into the cooler, moister elevations, the landscape changes with the temperature and relative humidity, giving the researchers a glimpse of what California woodlands might look like as climate change forces them to retract.

Of particular interest to the team were the soils around the oak trees that dot the landscape, where, in addition to the decomposers and pathogenic fungi in the soil, tree-mutualist mycorrhizae create their vast networks. The researchers were interested in how the number of species and their abundance might change between sites.

“As it turns out, the fungal communities are completely different,” Bui said. “And the hottest, driest sites have the highest number and the greatest diversity in fungal species.” True to the Anna Karenina hypothesis, the trees under the more arid, stressful conditions had the most diverse and dispersed fungal communities.

But, while the larger fungal communities varied from site to site, Bui said, the communities of mutualists within them tended to remain the same, save for small shifts within the mutualist populations to select for traits that could be more useful under the the circumstances.

If so, the benefit could be reciprocal, according to the researchers. Buffering the fungi from climate change preserves their function, which could, in turn, conserve their host trees’ function in the face of a changing California woodland ecosystem.

More work would need to be done to understand how far this buffering effect would extend, but the results are a positive bit of news for the future of California woodlands. Further studies could broaden the scope to include how these relationships and other adaptations might affect tree health, according to Bui.

“I think this gives us a little bit of hope that the players in this ecosystem that are crucial for the survival of the habitat for many species — like the oaks — might be able to keep doing what they’re doing,” she said. “Even though we do need to do a lot of work in terms of conservation and mitigation, there’s a possibility for them to persist. And I think that’s hopeful and exciting.”