The Fate of the Ocean 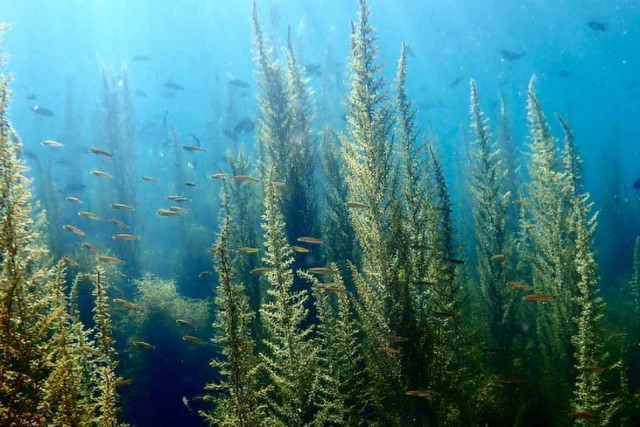 Look out at the ocean, a symbol of constant endurance and abundance. It’s tempting to think that in the face of a rapidly changing climate and all the impacts it brings — disaster, food insecurity, habitat and biodiversity loss to name a few — the ocean will always be there.

But under the ocean’s seemingly unchanging surface, a host of shifts are occurring — some we can predict, many we cannot. And those impacts are bound to have effects that reach into our human systems as well.

With a career spent examining the mechanisms controlling diversity and function in marine life, UC Santa Barbara biological oceanographer Debora Iglesias-Rodriguez has the perfect vantage point from which to witness these human-generated changes and anticipate the effects to come. Her new book, “The Future of Marine Life in a Changing Ocean: The Fate of Marine Organisms and Processes under Climate Change and other Types of Human Perturbation” (World Scientific, 2019), is the synthesis of decades of work in this area. It connects the dots from marine processes altered by human activity back to the subsequent effects on human systems due to a changing ocean.

“My motivation for writing it was to provide the reader with the state-of-the-art information on critical and urgent problems the ocean is facing,” Iglesias-Rodriguez said.

Starting with fundamental concepts in oceanography and climate science, she then walks the reader through recent changes in marine chemistry and physics — phenomena which have resulted in ocean acidification and warming, marine pollution and a decline in oxygen levels, and their ripple effects on ecosystem diversity and function. 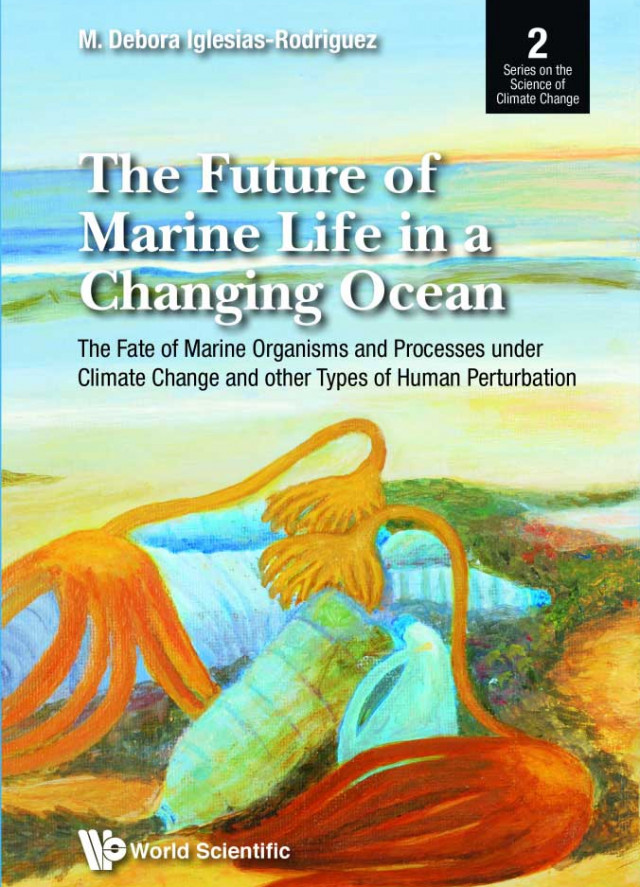 “The chapters discuss these topics in the context of how a changing ocean impacts food security, ecosystem health and the sequestration of carbon from the surface ocean into the deep sea,” she noted.

Along the way, Iglesias-Rodriguez works to dispel misunderstandings about the ocean and its ability to buffer or remediate the effects of climate change.

“One of the widespread misconceptions I discuss is that the size and growth rate of the human population has little or no relationship to the rapidly escalating ecological problems facing the ocean,” she said. Another is that environmental degradation consists primarily of pollution, and is thus perceived as a local and reversible phenomenon, and mainly in the context of effects on human health.

“Today, we know that environmental perturbation has both local and planetary implications,” she said, “and we are aware of the global impacts humans have created, such as warming and ocean acidification, and plastic pollution, that have been altering the physical and chemical properties of seawater worldwide.”

There are two other erroneous beliefs that Iglesias-Rodriguez finds particularly dangerous for their potential to cause inaction or delay intervention, when in fact immediate action is urgently needed: That continued growth of human populations — and thus the consumption of natural resources — will be made possible thanks to science and technology, and that “the ocean somehow possesses unlimited inertia and the ability to return to steady state or ‘regenerate’ itself.”

“While the ocean is a reservoir that has the capacity to return to steady state,” she said, “the disproportionate release of greenhouse gases and other pollutants is resulting in the accumulation of heat and changes in chemistry that will remain in the oceans for a very long time unless drastic change in industrial practices and individual behavior take place.”

Natural adjustment happens on geologic timescales, she added — too long for humanity to wait it out without strong, concerted interventions such as radical decreases in greenhouse gases and pollution. Returning to pre-industrial conditions is unlikely without large-scale interventions such as geoengineering to counteract climate change in the short term.

But all is not lost, said Iglesias-Rodriguez. In fact, the fate of the oceans — and thus the rest of the Earth — is not in the hands of a wealthy, powerful few, but in those of the general population. Consumers have the ability to turn the tide, she argues, with decisions that can collectively drive businesses and markets to more environmental practices and products, as well as to a more circular economy that promotes recovery and regeneration instead of disposal at the end of a product’s life.

For this, she said, a shift in values is necessary.

“My ultimate hope is that this book influences personal and community decisions and encourages others to explore technological avenues and societal approaches to restore or improve the ocean’s health.”