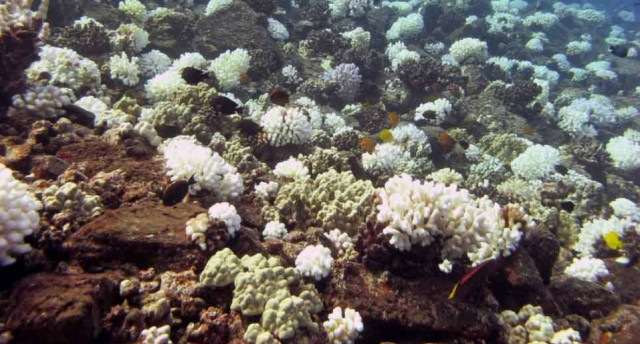 Corals in warmer latitudes appear more resilient to bleaching, a surprise to scientists

Hot water means bleaching coral. Scientists have known this for a long time. So it stands to reason that reefs in the warm waters near the equator would be at a higher risk of bleaching than their more temperate counterparts. But a new study in the journal Nature Communications from scientists at UC Santa Barbara and the Florida Institute of Technology has found this isn’t quite the case.

“I think that’s what most people probably think, that you would see more bleaching in places where it’s warmer year-round, and that was one of my assumptions as well,” said coauthor Deron Burkepile, an associate professor in UC Santa Barbara’s Department of Ecology, Evolution, and Marine Biology. “That’s what made this result surprising.”

Many corals host a symbiotic algae whose photosynthesis provides the animal with extra energy. However, when the coral is under stress, it often expels this colorful algae, revealing its white skeleton underneath in a process known as bleaching. 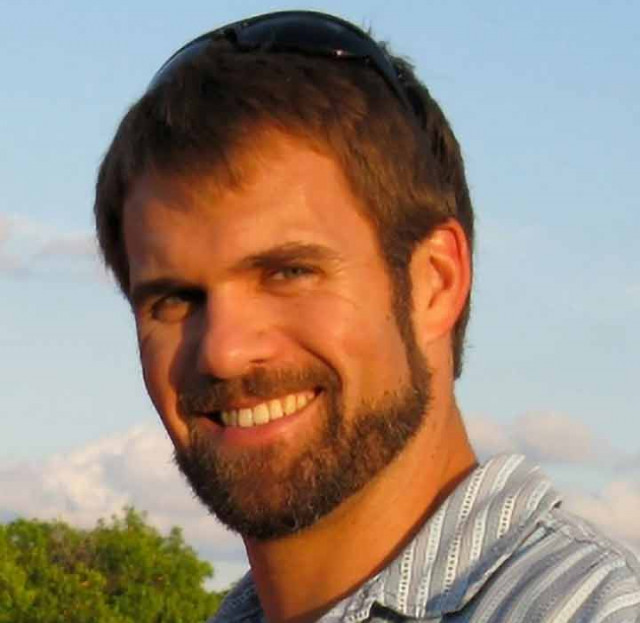 Burkepile and the team tapped into data from the Reef Check Foundation, a global citizen science project that began in 1996 under the direction of study co-author Gregor Hodgson. The researchers combined field observations of coral bleaching at 3,351 sites across 81 countries from 1998 through 2017. They found that coral bleaching was less severe in the low tropics (close to the equator) and in regions with naturally high surface temperature variability.

The authors suspect that, for corals that live most of the year in consistently warm water, a little extra heat is not a big deal. On the other hand, corals used to high levels of variability may be better able to cope with warming events as well given they are used to a range of temperatures.

“Think of someone from New York, where it gets really cold in the winter but it’s also really hot in the summer. They have different wardrobes — coats, boots hats, shorts, sandals — and they can adapt to the changing weather,” said postdoctoral researcher Mary Donovan, one of the study’s coauthors. “Compare this to someone who lives in the Caribbean and only has shorts; if it got cold they’d be out of luck.”

What’s more, corals seem to be able to withstand higher temperatures before bleaching now than in the past. Scientists are still trying to understand why, but it could be evidence of adaptation or the previous removal of weaker species or individuals.

“But coral reefs are not out of the woods,” said Burkepile. “They are under extreme threat in the near-term — the next few decades to century — from climate change.” As carbon emissions continue to rise, we’re likely to continue to see the same trend in increasing frequency and intensity of coral bleaching, he noted. 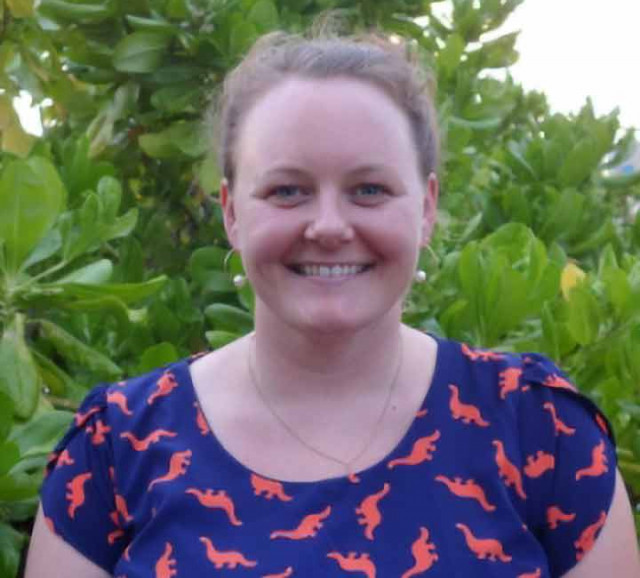 Co-author Rob van Woesik echoed this sentiment. “We are uncertain why equatorial reefs are more tolerant of recent temperature stress, but we do know that we must protect these equatorial reefs — and reefs everywhere — from other disturbances,” said van Woesik, director of the Institute for Global Ecology at Florida Tech.

But the bleaching trend isn’t uniform across the globe, and this study has pointed out places where less bleaching than expected is occurring. “That’s going to be really important for thinking about conservation,” said Burkepile. “Our work will help identify the places in the world where maybe we can put extra effort into conserving some of the bright spots in the world’s coral reefs.”

The models scientists currently use to predict bleaching events are pretty accurate, but they work on large scales. They are not designed to predict the extent of bleaching on the level of individual reefs or islands. “And that’s really the scale we have to start thinking about if we’re going to facilitate reefs either becoming more resistant to bleaching or helping reefs recover after these bleaching events happen,” said Burkepile. The models the team developed for the paper fill in the gap at these smaller scales.

However, rising ocean temperature is only one puzzle piece in the picture of coral in the 21st century and beyond, researchers say. Coral reefs are threatened by pollution, fishing, ocean acidification and many other activities. The team plans to follow up on sites that fared better and worse than average to learn what factors made them more or less resilient against bleaching than scientists would otherwise have predicted. They suspect that reefs that had more severe bleaching events faced many of these other stressors in addition to high temperatures.

“It’s just like working a couple of 70-, 80-hour weeks,” said Burkepile. “You’re exhausted. Then you come across somebody with the flu and your defenses are down, and then you get sick. If these corals are stressed out all the time by these local sources of stress, then they may be more susceptible to even a little bit of thermal stress and bleach quicker than expected.”

Funding for the research came from the Zegar Family Foundation and the National Science Foundation. Additionally, studying bleaching at this scale wouldn’t have been possible without the citizen science data, according to the authors. “I think it’s a special part of this work,” said Donovan. “Individuals from all over the globe participated in collecting the data.”

Coral faces an uncertain future, but humans haven’t written the obituary for coral reefs yet. “My kids, who’ll start diving maybe 10 or 15 years from now, will see completely different coral reefs on the island of Moorea than I’m working on right now,” said Burkepile. “It doesn’t mean they won’t be coral reefs, but they’ll be different.”