Without Batting an Eye 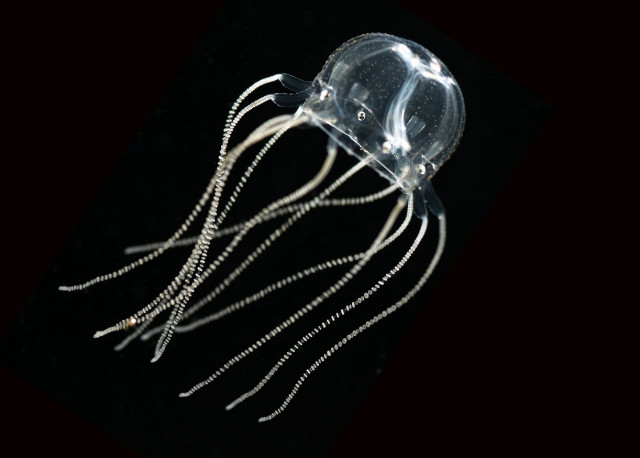 Eyes detect light and convert it into electrochemical impulses in neurons. The process is the precursor to vision in complex beings. Yet some simple organisms, such as jellyfish (cnidarians), also have many types of eyes that use the same photoreceptive proteins, called opsins, as animals like flies and humans.

Seeking to understand how many times jellyfish eyes originated during their evolution, UC Santa Barbara evolutionary biologist Todd Oakley and a team of his students compiled a large genetic data set from which they inferred relationships among cnidarian species. By creating a tree that delineated those relationships, the researchers were able to determine that eyes originated at least eight separate times within this group. The team’s findings appear in the journal Current Biology. 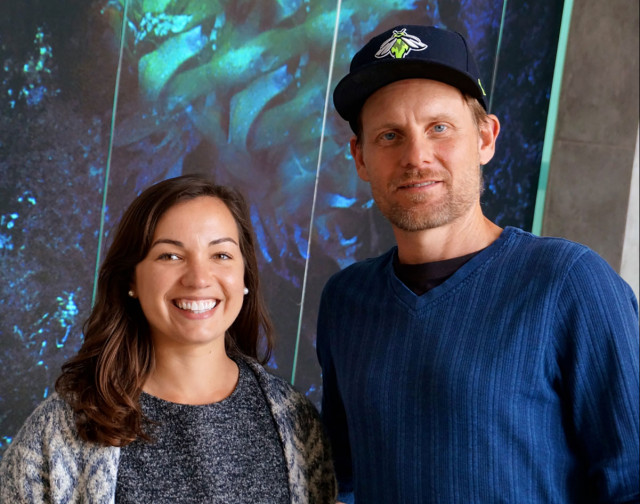 The investigators coupled their genetic data with an extensive literature search to tease out the historical expression of photoreceptive opsin proteins in cnidarians. In previous research, Oakley’s lab found that opsins are used outside of eyes in cnidarians to trigger the firing of stinging cells called cnidocytes. The new study showed that not only was there widespread light-sensing behavior in eyeless jellyfish, but that complex, lensed eyes in this group had a separate history from other eye types.

“With the number of species we included in our cnidarian tree of life, it is now possible to see that eyes originated many times,” said lead author Natasha Picciani, a graduate student in the Oakley Evolution Lab. “The morphological details and opsin proteins are different, which supports the idea that those eyes evolved independently. Our study demonstrates that simple building blocks can be used to build complex things in different ways.”

These findings demonstrate the concept of convergent evolution — the independent origin of similar features in species of different lineages. Convergent evolution — which also occurs in plants — creates analogous structures with similar form or function that were not present in the last common ancestor of the group.

“Now that we know where these eye origins occur in the cnidarian family tree, which lineages possess eyes and whether those eyes belong to the same or different origins, we know where to expect to find more differences in future research,” Picciani noted. “When we conduct more detailed morphological studies, we’ll know which species to target to make appropriate comparisons.”

This work was supported by a grant from the National Science Foundation to the Oakley Evolution Lab and through funding from a doctoral scholarship to Picciani from Scientists Without Borders.