A Tale of Two Sites 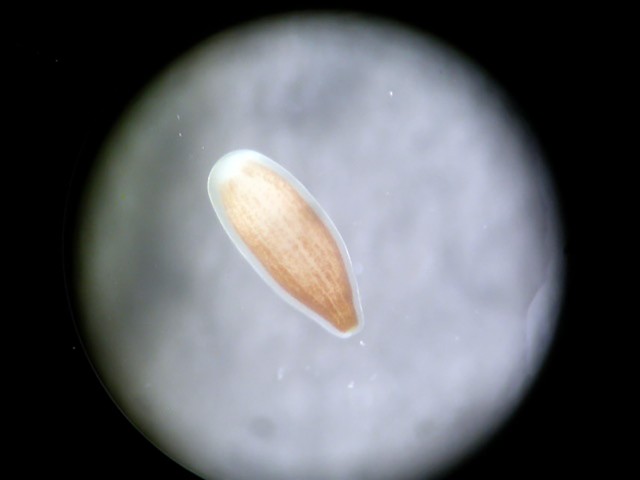 Talk about stressed out. Cauliflower coral larvae are feeling the heat — literally.

At least they were when UC Santa Barbara marine scientists exposed them to warmer water in an effort to understand how future climate change might impact coral reefs.

The results? Less tolerance for stress. The findings appear in the Proceedings of the Royal Society B.

“This study really looks at how ocean changes like warming and acidification will impact the ability of coral larvae to disperse and contribute to creating new reefs,” said senior author Gretchen Hofmann, a professor in UCSB’s Department of Ecology, Evolution and Marine Biology. “If certain coral parents make tougher progeny, then there’s some hope that we’ll see really rapid tolerance of future climate change conditions.”

Hofmann’s graduate student Emily Rivest and Taiwanese colleagues studied the larvae of cauliflower coral (Pocillopora damicornis) from Moorea and Taiwan, locations that nearly span the range of the species. They wanted to determine how the young coral life stages reacted to two co-occurring environmental stresses: elevated temperature and ocean acidification. 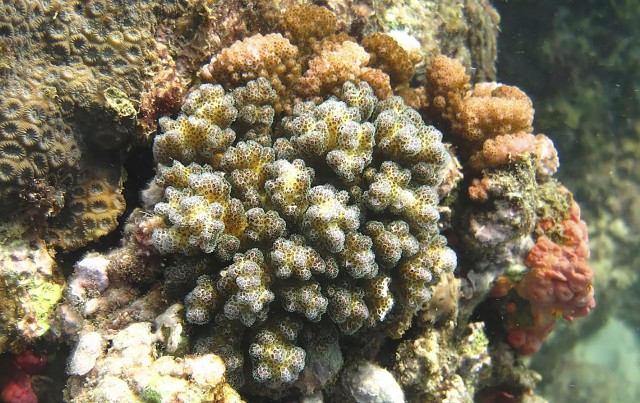 Specimens from Taiwan, the scientists discovered, exhibited less stress tolerance to warmer water than did their counterparts in Moorea. Faced with conditions of ocean acidification, however, larvae at both sites exhibited no signs of stress. The investigators, who also catalogued differences in the natural seawater conditions at each site, observed that local adaptation might also play a role in responses to temperature.

The researchers gathered specimens of adult cauliflower coral to collect their larvae, which are released at night. They analyzed the fat content, including two different types of lipid.

“The lipids are important energy stores for the coral,” explained lead author Rivest, who conducted this work at UCSB as part of her doctoral thesis and is now an assistant professor at Virginia Institute of Marine Science. “The larvae rely mostly on these lipid stores to fuel their dispersal, and their lipid levels can influence how far they can travel, impacting the ability for one reef to repopulate or save a nearby reef.”

It turned out that the larvae’s energy stores at “birth” differed depending on where the specimens originated. Rivest measured lipid stores immediately after larvae were released from adult corals and again after a 24-hour exposure to warmer and more acidic water. She then subtracted one from the other to determine both the amount of lipid used by the larvae in response to the temperature and ocean acidification conditions, and the remaining lipid levels.

“In response to high temperatures, the larvae from Taiwan consumed more lipid, which meant that they found that condition to be quite stressful,” Rivest explained. “At the end of the experiment, they didn’t have as much lipid to last them the rest of their dispersal, so it meant they might not be able to travel as far.”

Larvae in Moorea, which were born with more fat, weren’t as sensitive to temperature. This makes sense, Rivest noted, because corals in Moorea already live in warmer water. “Because of their genetics or other aspects of their physiology, they already may have the tools they need to tolerate higher water temperatures without having to burn that extra energy,” she said.

Where larvae come from is important, according to Rivest — at least for cauliflower coral. “The environmental conditions unique to each location shape the ability of these animals to tolerate future change in their environment,” she said. “While there isn’t one solution that fits all, it appears that there are places where corals will fare better under future changing conditions. If we continue to work at this, then we can help identify reefs that will be more resistant to environmental consequences of human-caused climate change.”

The research was conducted with the Moorea Long Term Ecological Research program overseen by UCSB and Taiwan’s National Museum for Marine Biology and Aquarium, home to co-authors Chii-Shiarng Chen, Tung-Yung Fan and Hsing-Hui Li. This work was supported by the National Science Foundation.