Seeing Without Eyes: A New Study Demonstrates that an Octopus’s Skin Possesses the Same Cellular Mechanism for Detecting Light as its Eyes Do 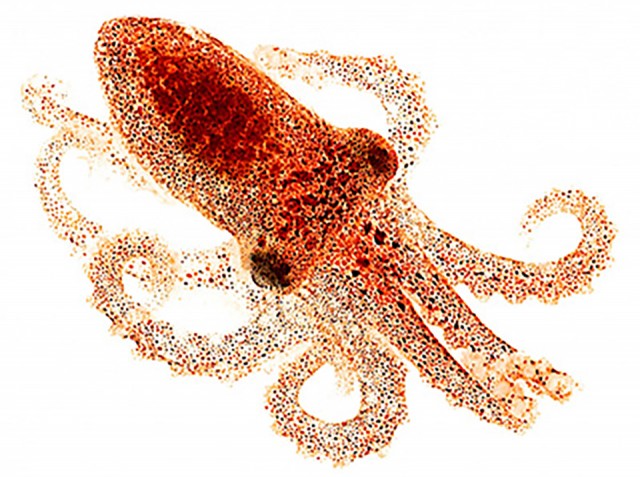 The octopus has a unique ability. It can change the color, pattern and even texture of its skin not only for purposes of camouflage but also as a means of communication. The most intelligent, most mobile and largest of all mollusks, these cephalopods use their almost humanlike eyes to send signals to pigmented organs in their skin called chromatophores, which expand and contract to alter their appearance.

A new study by UCSB scientists has found that the skin of the California two-spot octopus (Octopus bimaculoides) can sense light even without input from the central nervous system. The animal does so by using the same family of light-sensitive proteins called opsins found in its eyes — a process not previously described for cephalopods. The researchers’ findings appear in the Journal of Experimental Biology.