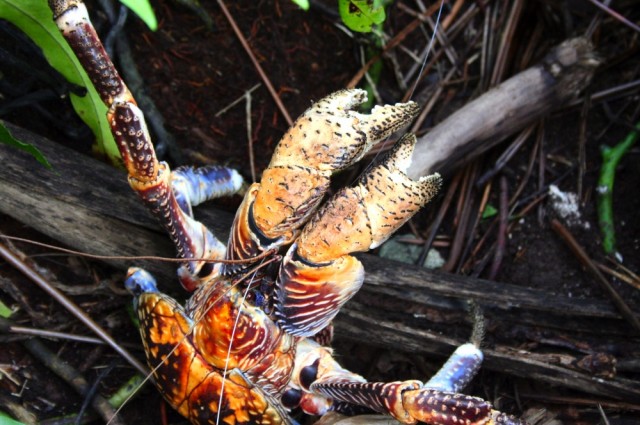 The largest living land invertebrate, the coconut crab, which can grow up to 3 feet in length, has been eliminated from much of its native range, including mainland Australia and Madagascar. Credit: Hillary Young

The Earth’s current biodiversity — the product of 3.5 billion years of evolutionary trial and error — is vital to sustaining human life. This rich accumulation has reached a tipping point and is now shrinking rapidly.

New research conducted by an international team of scientists that includes UC Santa Barbara’s Hillary Young strongly suggests that human activity is driving the rapid loss and decline of animal life at such magnitude that we are likely in the early days of the planet’s sixth mass biological extinction event. The findings, which appear in the latest issue of the journal Science, demonstrate that since 1500, more than 320 terrestrial vertebrates have become extinct. Perhaps more important, it shows that populations of all the remaining species are experiencing a 25 percent average decline in abundance.